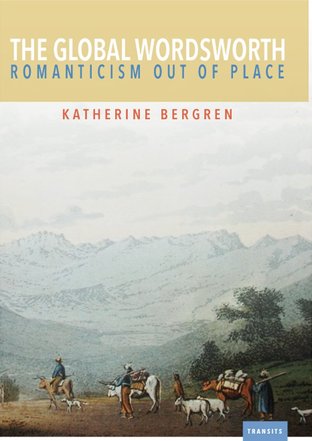 "In a series of rewarding and innovative readings, [Bergren] considers responses to Wordsworth from writers throughout the colonial and postcolonial world, never reducing them to the simple opposition between assimilation and resistance. Also, besides attentively reading the works of these authors, she sheds genuinely imaginative and revisionary light on key Wordsworthian texts. Her book, therefore, will reward not only Wordsworth specialists and Romanticists more generally, but also readers in colonial and postcolonial literary studies."
-Nikki Hessell

The Global Wordsworth charts the travels of William Wordsworth’s poetry around the English speaking world. But as I show, Wordsworth’s afterlives reveal more than his influence on other writers; his appearances in novels and essays from the antebellum U.S. to post-Apartheid South Africa change how we understand a poet we think we know.

I analyze writers like Jamaica Kincaid, J. M. Coetzee, and Lydia Maria Child who plant Wordsworth in their own writing and bring him to life in places and times far from his own. By working beyond narratives of British influence, I try to highlight a more complex dynamic of international response, in which later writers engage Wordsworth in conversations about slavery and gardening, education and daffodils, landscapes and national belonging. His global reception— critical, appreciative, and ambivalent—inspires us to see that Wordsworth was concerned not just with local, English landscapes and people, but also with their changing place in a rapidly globalizing world. Wordsworth is not tangential but rather crucial to our understanding of Global Romanticism.